10 Cheap Girl’s Night Out Ideas for the Best Night Ever!

Buying Your First Home? Here’s Everything You Need to Know!

8 Tips You Need to Know When You’re Moving Out for the First Time!

9 Things That Are Making You Broke – That You Don’t Realize!

< back to blog home

Let’s be real, no one wants to be broke! Just saying that word out loud seems to bring clouds on a sunshiny day, but I find that people are putting themselves in the cycle of “broke” and don’t even realize it!

In this post, I’m breaking down 8 habits that are making you broke that you should break asap!

If you’re like me then you have a very difficult time saying no and setting boundaries. Ya’ know, you don’t want people to be mad at you, to let anyone down, and you avoid confrontation like the plague.

So instead of dealing with all of that, you’d rather spend money you don’t have to spend!

There was a point in time during my debt-free journey that I would cave when someone kept pestering me about going out to eat or something because it was really uncomfortable to flat out say no.

But guess what this did? Made me come over budget and prolonged my journey.

So the next time someone is trying to persuade you into doing something that’s not in the budget, stand firm. Don’t try to dress it up by saying like “I don’t know I’ll see if I can come” because when you do this instead you allow them to have control of the situation.

Just in case no one told you, no is a complete sentence.

Social media is infamous for giving you a bad case of FOMO. We now have the ability to create a new version of our lives, our online life that is.

And we can tweak it to where what is displayed is what we would like our lives to be like that doesn’t mean everything shown is reality.

People only post what they want you to see! No one is going to post their failures.

As long as it’s used correctly, social media can be a very powerful tool but naturally, we’re very impressionable creatures.

So if you’re down to your last $20, and your friend just posted that they bought their dream home you’re going to feel behind.

If you’re not careful, social media can push you to buy things that you really cannot afford. There may be this unconscious need to keep up, which is slowing you down financially.

NOT HAVING A BUDGET

If you don’t keep track of what is coming in and what’s going out then there’s a good chance that money is going out faster than it’s coming in.

This is because spending money feels good and we want to keep doing what feels good, right? Our brain actually releases dopamine when we’re considering making a purchase which puts us in a state of pleasure.

This is often why you leave out a store with a cart full of items when you only came for one thing!

Budgeting allows you to control your expenses which in turn maximizes/increases your income. You’re more likely to limit your impulse purchases when you know exactly how much you have to spend on specific things.

Don't have a budget? Check out this post for beginners here.

When it comes to managing money, introspection is needed.

It’s important to figure out why you spend the way that you do, your triggers, why you have certain limiting beliefs, how your thoughts affect your actions, etc.

If you don’t interrogate yourself then your emotions will be in the driver’s seat versus logic. You’ll spend because of how you feel or what you’re thinking, and we all know that acting off of emotions is not always the best thing.

When you take the time to uncover those thoughts and emotions that affect your money then you can redirect them to those that align with your goals.

Fear keeps us small and stagnant.

When you’re fearful concerning finances, you’re more like to make up excuses as to why you can’t go after the goals you really deep down want to set and this keeps you stuck in the same spot.

It also causes you to self-soothe by buying things you don’t need and you limit yourself to new opportunities by automatically counting yourself out.

When you want to properly manage your money there’s this certain level of confidence that you need. No, you don’t have to be walking around with your chest poked out, but you need just a small amount that’s just enough to get out of your own way!

Posts to check out next!

6 Vital Tips to Stay Motivated When Paying off Debt!

I’m Debt Free! How to Get Out of Debt as a Single Mom

Steps to Set Up a Separate Account for Paying Bills – That’s Automated!

The 5 Biggest Money Mistakes to Avoid in Your 20s – That I’ve Done!

5 Telltale Signs That Your Budget is Failing! + How to Fix It! 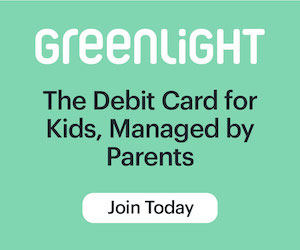 Inflation is always on the rise! This is the gradual decrease of your dollar’s buying power due to rising prices.

An example of this is gas. Years ago you could fill up your tank with $10 but now your tank would probably laugh at your $10 bill, right?

When your money is not invested and sits in a regular bank account, you are actually losing money because your money is losing its buying power.

But, when your money is investing in something like a 401k, index funds, individual stocks, or even a HYSA, you’re earning money on your money.

Then, that money you earned earns money (compound interest) and this allows you to keep up with rising costs.

*If you don't have a lot of money to start investing, consider looking into platforms like Acorns! It sets aside a little from your everyday purchases to invest. Check it out here.

We all want our kids to have nice things and not feel like they’re being left out. And I find that when we feel insecure with our finances, as in we lack confidence in our ability to meet our kids’ basic needs, then we feel the need to buy them things out of impulse and guilt.

But what this is doing is actually interfering with your ability to support them! You’ll wind up feeling less confident because you’re spending money on things that they really didn’t need and probably didn’t even truly want!

However, you needed to make yourself feel better about things.

Have confidence! They probably don’t know your financial situation anyway.

This was so me!  Because I worked hard I would tell myself that I deserved whatever it was that I was trying to buy.

Don’t get me wrong, treating yourself is important, but having a certain type of “treat yo self” mentality will get you into a lot of trouble.

This is because you’re justifying making purchases that you know you shouldn’t be made by saying you deserve it.

Yes, you should high-five yourself but entitlement will do nothing but land you in a lot of cc debt and I’m sure that’s not what you meant when you were saying you deserved something!

Habits aren’t the easiest to break but being honest with yourself and getting to know your behaviors will allow you to make the necessary shift.

How to Get Out of Living Paycheck to Paycheck – As a Single Mom! »
« 6 Vital Tips to Stay Motivated When Paying off Debt!

10 Cheap Girl’s Night Out Ideas for the Best Night Ever!

Buying Your First Home? Here’s Everything You Need to Know!

8 Tips You Need to Know When You’re Moving Out for the First Time!

Expenses to cut and reduce in your budget!

How to Break Up With debt - For Beginners

search our blog for help!

This website uses cookies to improve your experience while you navigate through the website. Out of these, the cookies that are categorized as necessary are stored on your browser as they are essential for the working of basic functionalities of the website. We also use third-party cookies that help us analyze and understand how you use this website. These cookies will be stored in your browser only with your consent. You also have the option to opt-out of these cookies. But opting out of some of these cookies may affect your browsing experience.
Necessary Always Enabled
Necessary cookies are absolutely essential for the website to function properly. This category only includes cookies that ensures basic functionalities and security features of the website. These cookies do not store any personal information.
Non-necessary
Any cookies that may not be particularly necessary for the website to function and is used specifically to collect user personal data via analytics, ads, other embedded contents are termed as non-necessary cookies. It is mandatory to procure user consent prior to running these cookies on your website.
SAVE & ACCEPT